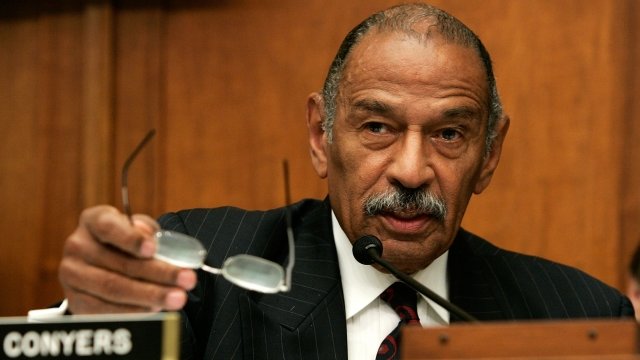 SMS
Conyers Steps Down From Top Judiciary Committee Role Amid Ethics Probe
By Ethan Weston
By Ethan Weston
November 26, 2017
Rep. John Conyers said he doesn't want the accusations against him to undermine his colleagues, but is stepping down reluctantly.
SHOW TRANSCRIPT

U.S. Rep. John Conyers said he's stepping down as the ranking Democrat of the House Judiciary Committee amid an ethics investigation into sexual harassment allegations. 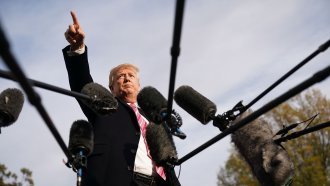 Conyers said Sunday he was stepping down because he didn't want the accusations against him to undermine his "colleagues in the Democratic Caucus." But he also said he's giving up the seat reluctantly.

Conyers' office recently confirmed issuing a more than $27,000 settlement to a former staffer who alleges she was fired for resisting Conyers' sexual advances. The congressman said the payment was comparable to a severance package and denies the allegations against him.

House Minority Leader Nancy Pelosi said she accepted Conyers' resignation. Earlier Sunday morning, Pelosi stressed the importance of "due process," and said she believed Conyers would do the right thing.