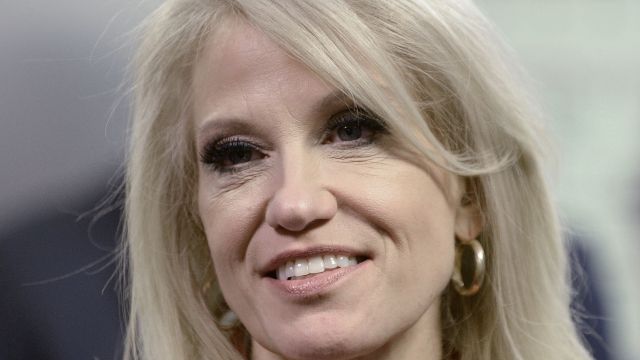 "I misspoke one word. The corrections in the newspapers who are attacking me are three paragraphs long every day," Kellyanne Conway said on Fox News.

Kellyanne Conway has some explaining to do. Last week, Conway was in the hot seat after appearing on MSNBC and citing the "Bowling Green massacre" as justification for the Trump administration's travel ban.

"Two Iraqis came here to this country, were radicalized, and were the masterminds behind the Bowling Green massacre," Conway said on MSNBC. "Most people don't know that because it didn't get covered." 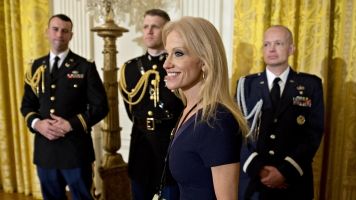 Kellyanne Conway 'Didn't See The Point' Of The Women's March

That so-called massacre didn't get covered because it didn't happen. Conway tweeted her slip was an honest mistake and she meant to say "terrorists."

But it turns out the presidential counselor has brought up the now-infamous Bowling Green incident before.

"There were two Iraqis who came here, got radicalized, joined ISIS and then were the masterminds behind the Bowling Green attack on our brave soldiers," Conway told TMZ.

That was a TMZ interview that happened only days before she appeared on MSNBC. Conway also reportedly referenced the "massacre" in an interview with Cosmopolitan around the same time.

Conway was trying to reference the 2011 arrest of two Iraqi men in Bowling Green, Kentucky. Both men pleaded guilty to federal terrorism charges.

Among other things, the men tried to send resources and weapons to Al-Qaeda in Iraq. They also admitted to using roadside bombs in Iraq to hurt U.S. troops.

But those men never carried out an attack in Bowling Green as Conway repeatedly suggested. They just lived there.

During all three interviews, Conway equated the Trump administration's recent order to what she has called a "six-month ban" on Iraqi refugees under former President Barack Obama.

But that's not exactly true, either. After the men were arrested, the Obama administration imposed a more extensive screening process for those seeking asylum in the U.S.

While that did slow down the visa process, there was no "ban" on Iraqi refugees.