Michael Wolff's 'Fire And Fury' Book Will Be Released Early 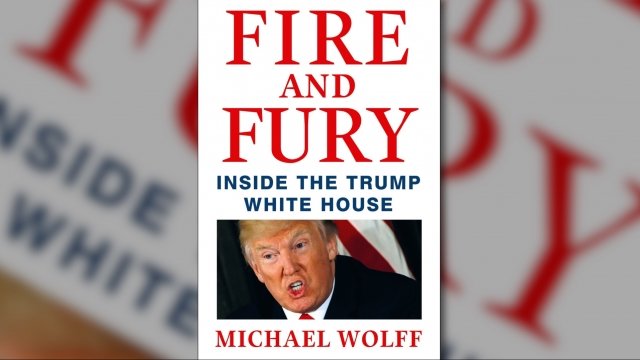 SMS
Michael Wolff's 'Fire And Fury' Book Will Be Released Early
By Casey Mendoza
By Casey Mendoza
January 4, 2018
Within 24 hours, the book jumped from a rank of around 48,000 on Amazon to No. 1.
SHOW TRANSCRIPT

Michael Wolff's controversial book "Fire and Fury: Inside the Trump White House" hasn't even come out yet, and it's already drawn the ire of President Donald Trump.

The book was originally scheduled to be released next Tuesday, but because of heightened public interest, it's coming out a little sooner: on Friday. 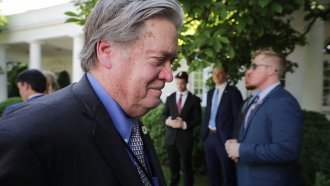 Since Wednesday, multiple outlets have published official excerpts of the book — which included quotes from people like Steve Bannon. The media frenzy surrounding the fiery content pushed it to the No. 1 spot on Amazon's list of best-selling books. Just one day before, its rank was closer to 48,000.

The White House isn't too happy about that attention. On Thursday, one of Trump's lawyers tried to halt the publication of Wolff's book with a cease-and-desist letter.

A spokeswoman for the book's publisher confirmed the cease-and-desist letter but told Variety, "We see 'Fire and Fury' as an extraordinary contribution to our national discourse, and are proceeding with the publication of the book."

Ahead of the book's publication, however, some outlets are questioning Wolff's credibility and telling readers to take some of the book's "eyebrow-raising claims" with a grain of salt.