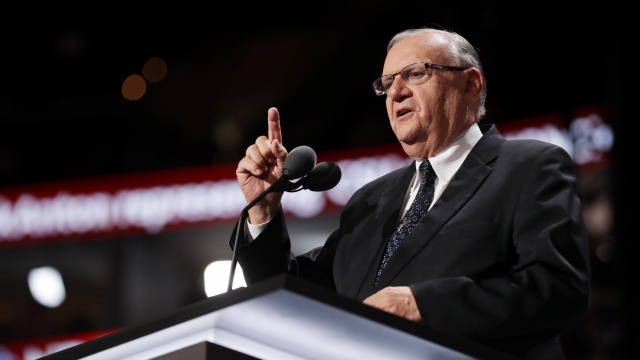 Joe Arpaio was sheriff of Maricopa County, Arizona, for 23 years. Now that reign is over.

The Republican lost his seventh bid for the sheriff's seat Tuesday night to Democrat Paul Penzone.

Newsy's partners at KNXV report Penzone won with about 55 percent of the vote.

"When I announced to run, some of my opponent's supporters said, 'Sheriff can't be beaten.' You know what I said? 'Never say never,'" Penzone said in his victory speech Tuesday.

SEE MORE: Undocumented Immigrants Are Getting Out The Vote In Arizona

And it didn't help that Arpaio was charged with criminal contempt of court in late October. Prosecutors say he didn't abide by a federal judge's order to stop conducting "immigration patrols" that reportedly targeted Hispanics.

The New York Times reports the growing Latino population made up 20 percent of Arizona's registered voters this year.

At the time of the election, officials hadn't decided whether to charge Arpaio with a misdemeanor or a felony.

But had he been convicted of felony charges while in office, Arpaio would have had to forfeit his his position as sheriff.