Media Is All-Consuming, Immediate And Affecting Our Brains 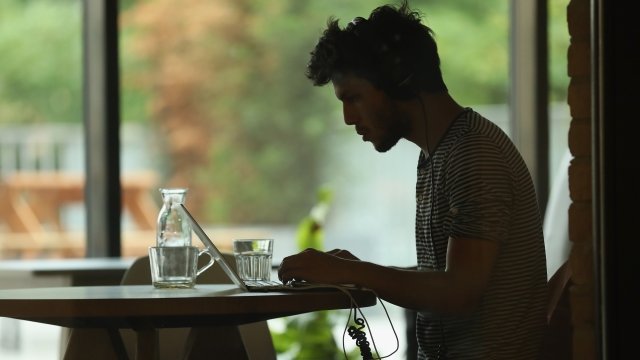 Flip on the TV: There's a crisis. Click on Twitter: The world is crumbling. Bob Dylan had it right — "The human mind can only stand so much." Beyond that, the mind can only make sense of so much.

Our unending inundation of push alerts, texts, emails and phone calls makes it hard to actually make sense of the info we're getting all day.

The challenge isn't new. In 1924, a newspaper critic complained about the constant stimulation of advertising and mass media that conspired to create a "permanent receptivity." The digital age, of course, makes it all more complicated and intense. The writer suggested doing nothing in order to achieve a "kind of bliss that is almost unearthly."

A study at Princeton found that it's hard to focus when your environment is cluttered. Plus, clutter hampers your brain's ability to process information effectively. The study was about physical environments, but how about media environments? News has become a fire hose of distractions — in both quantity and platform. 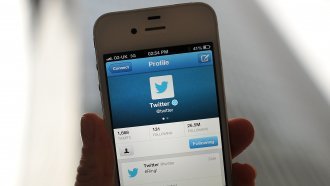 Twitter Is Suspending 1M Accounts Per Day In Post-Election Crackdown

There's little delineation between serious stories and scintillating gossip. On some networks, Melania Trump's jacket gets practically the same billing as a nuclear accord. An American Psychological Association study found that for many Americans, consuming news has become all-consuming — on cell phones, tablets, cable TV. There's no escaping. The impact on many: Anxiety. Fatigue. Sleep loss. Good luck keeping a clear head.

The editor-in-chief of the Journal of Experimental Psychopathology has some basic advice: Cut back and control your news consumption.

Less clutter can lead to better clarity. But cutting back might not be easy. Dopamine surges in our brain with the ding of a news alert — or having somebody "like" a this-just-in link you shared.

If you do manage to declutter your brain, to disconnect, the benefits are vast: less anxiety, less fatigue, more sleep, focus; and hopefully a better sense of what's really important — and what's not.