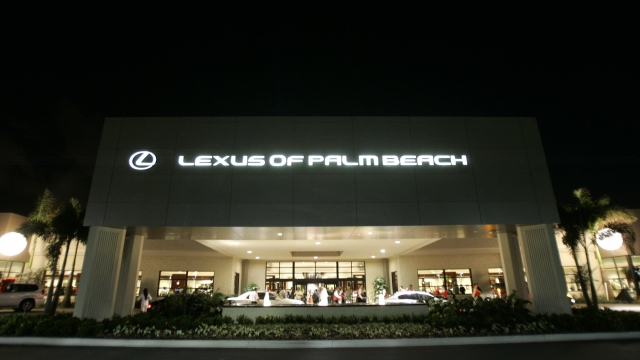 SMS
Consumers Are Paying More Than Ever For Cars
By Isbella Diaz
By Isbella Diaz
July 6, 2022
Recent data show the average price of a car payment hit an all-time high last month: over $700 a month.

Buying a car has never been more expensive.

"Been looking for a year, it's been somewhat frustrating," said Robert Blount, a car shopper.

But if you think you're getting more bang for your buck, think again.

A new car quality study by J.D. Power found the reliability of a new vehicle dropped 11% in just the past year, the worst drop on record. For new buyers, that means more than 10% more problems for every 100 vehicles sold.

J.D. Power says that quality downgrades have a lot to do with supply chain shortages.

Kevin Shaughnessy is the VP of Operations/Partner at Phil Long dealerships.

"We're seeing the chip problem is still an issue across all manufacturers and it's a global problem," Shaughnessy said.

In a lot of cases, that means producing cars without certain features impacting car performance and customer satisfaction.

But the truth is, auto industry leaders are relieved it isn't worse. J.D. Power's global automotive director even says, "given the many challenges automakers and their dealers had to face in the past year, it's somewhat surprising that initial quality didn't fall even more dramatically."

But the price consumers are paying for these less-reliable cars doesn't reflect what they are getting.

Recent data shows the price of an average car payment hit an all-time high last month: over $700 a month. The average price of a new car also hit a record high of $47,000 earlier this year.

That's a big hit for the average family's annual income. Cox Automotive found it now requires more than 41 weeks of income to purchase a new vehicle. That's up nearly 20% from the same time last year.

"It's just becoming a tough market, real estate wise, auto wise and with interest rates going up, it's just going to continue to get tough for us all really," Blount said.

In the meantime, consumers are doing whatever they can to cut down on costs.

For some, that means driving hundreds or even thousands of miles just to score a deal on a new car.

And think buying a used car is better? Not so much. The Bureau of Labor Statistics found the average price of a used car jumped 16% compared to May of last year.

Doug Ramon is a car salesman at Florida Auto Exchange.

"It has been a tremendous shift in how people buy and are looking at vehicles," Ramon said. "There's a lot of used car buyers today. More than there ever has been."

Keep in mind, for many Americans, having a car isn't an option but a necessity. According to a recent Statista survey, more than 75% of Americans rely on a personal car to get to work.

So when can consumers expect supply issues to improve along with quality? Car dealers say don't hold your breath for this year

Tim Jackson is the CEO of Colorado Automobile Dealers Association.

"I don't think it's going to correct in 2022 and it may not get completely corrected in 2023. It might be 2024 before we're back to a more normalized market," Jackson said.