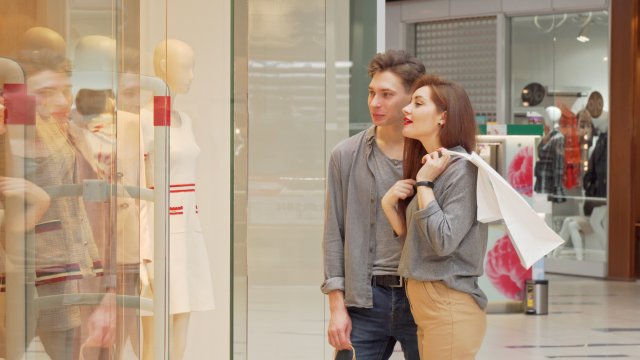 The U.S. consumer market is changing. That’s especially true for millennials, who are increasingly renting instead of owning. And not just with homes.

“Our customer base started with millennials and are the typical early adopters, but it’s evolved over time,” said Brett Northart, co-founder and president of Le Tote.

Northart is the president of Le Tote, a women’s clothing rental business. It’s one of several companies in the billion-dollar clothing rental space, which is expected to grow significantly over the next few years.

The company is part of what’s known as the sharing economy, where consumers share or rent goods and services. It’s not a new concept, but it is growing like never before — highlighting a change in the way consumers feel about ownership.

“There’s sort of a cultural moment around minimizing our possessions and attachments, which I think is rooted in some really positive, introspective sorts of reflections but does, I think, ultimately shift a lot of power to the companies to control access to those resources that we’re all paying for,” said Aaron Perzanowski, author of "The End of Ownership: Personal Property in the Digital Economy."

Renting has typically been viewed as a cheaper alternative, at least in the short-term. And traditional retailers, many of which are wary of the large number of retail store closings, are catching on. It was recently announced that Lord & Taylor — America’s oldest department store — would be purchased by Le Tote, following a period of declining sales.

“The entire landscape really shifted underneath the feet of the traditional retailers and you have a lot of people who grew up in this physical retail world that have never seen a massive shift or a disruption like this,” Northart said.

The evolution of the sharing economy is frequently attributed to advanced technology, allowing people to rent a dress or a car or a spare room from their smartphones. But experts say other economic factors are at play, too.

“In a time where people have less disposable income as a result of income and wealth inequality, we have people who are deciding to rely on temporary access to resources rather than owning those resources outright,” Perzanowski said.