The World's Largest Optical Telescope Is Coming Together 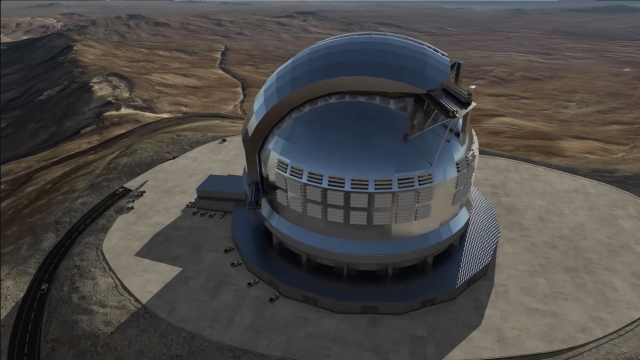 After years of planning and fundraising, the European Southern Observatory has finally started building what will be the world's largest optical telescope.

Its name? The Extremely Large Telescope, or ELT.

Sure, not the most creative name, but it's certainly an accurate description.

The telescope's main mirror will be almost 128 feet wide, and its rotating dome will be about the size of a soccer field.

The ELT is in a class of its own. It's designed to capture more light than all of today's largest optical telescopes combined.

And when you're searching for potentially habitable planets far outside our solar system, you want as much light as you can get.

The ELT is being built on a mountaintop in Chile to help minimize cloud cover and light pollution.

Rocket Lab, a Silicon Valley company, launched the Electron rocket into space for the first time.

But the ELT won't work alone. Scientists will combine its data with images from other telescopes, including the largest-ever space telescope NASA plans to launch next year.

But it will be a while before we start getting images from the ELT.

It's expected to take seven years and more than a billion dollars to get the ELT up and running.