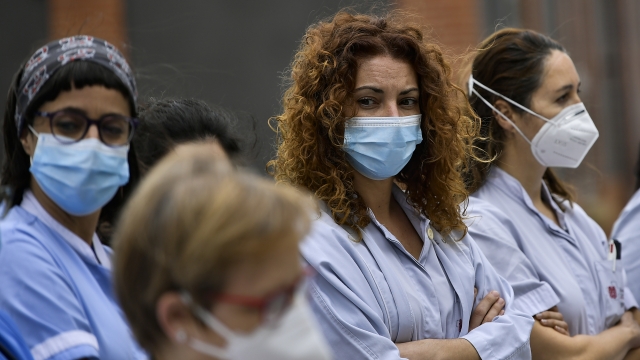 You've probably seen people commenting about this "Plandemic" video going around on social media. The 26-minute clip centers on an interview between filmmaker Mikki Willis and discredited scientist Judy Mikovits.

It makes some strong claims. That health officials are exaggerating the COVID-19 outbreak in order to profit. That people shouldn't trust prominent experts such as Dr. Anthony Fauci from the White House Coronavirus Task Force. The video sends up red flags for misinformation.

"None of the assertions that Mikovits is making are questioned or supported by evidence in this film," Darragh Worland, Vice President of Creative Services with the News Literacy Project said.

Darragh Worland with the News Literacy Project, a Newsy partner, says the emotional reality surrounding the virus is likely a driving force behind the video's popularity.

"The problem is that there's a tremendous amount of uncertainty and as human beings psychologically, we have a really low tolerance for ambiguity and uncertainty. So w e will do anything to reach out and grasp for some sort of toehold on certainty and the situation," Worland said.

But Worland says that desperate need for answers is no excuse for not being a responsible news consumer. Instead she says people should work to identify credible journalism, by looking at the evidence being presented and having discussions with others.