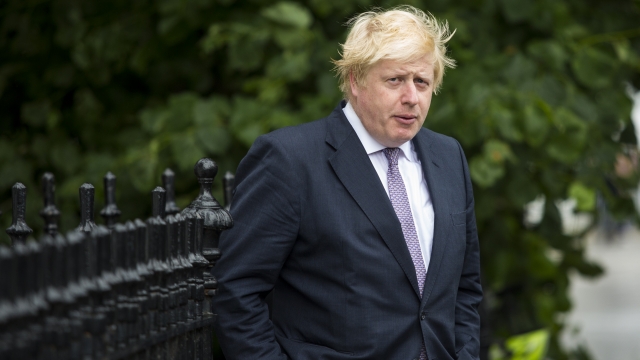 Two of U.K. Prime Minister Boris Johnson's senior allies have quit in the wake of his decision to suspend Parliament.

On Thursday, longtime Conservative Party politician George Young stepped down from his position as government whip in the House of Lords. In his resignation letter, Young said he was "very unhappy" at the timing and length of the suspension as well as the motivation behind Johnson's move, writing he was "unpersuaded" by the reasons given. He also said he believes the move "risks undermining the fundamental role of Parliament at a critical time in our history, and reinforces the view that the Government may not have the confidence of the House for its Brexit policy."

Scottish Conservative leader Ruth Davidson announced her resignation shortly after Young, though she said her decision was primarily based on personal reasons. In her resignation letter, Davidson said that while it had been "the privilege of [her] life" to head the Scottish Conservatives for nearly eight years, the commitment had taken a toll on her relationships with loved ones. She also said the birth of her first child last year has made her reconsider her priorities and that "the threat of spending hundreds of hours away from my family now fills me with dread."

Johnson received widespread criticism after getting permission from Queen Elizabeth II to temporarily suspend the country's Parliament from mid-September to mid-October. That leaves little time for lawmakers to discuss Brexit before the Oct. 31 deadline, and makes it harder for them to pass legislation to block a no-deal Brexit. The move prompted an online petition, which has amassed over 1 million signatures in less than 24 hours.