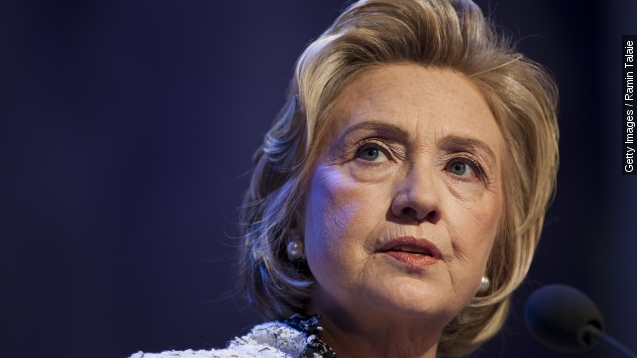 "Go to the end of the line," said Hillary Clinton, a candidate vying for the Democratic presidential nomination.

[Woman asks for something while holding out a camera.]

"Why don't you go to the end of the line," Clinton said.

It's just a few seconds long, but in that Vine recorded in New Hampshire, Hillary Clinton appears to be telling a woman asking for an autograph to "go to the end of the line."

Now, we have to point out a few things: First, given the length, we have little context.

And consider the source, too: It's a Conservative political action committee called America Rising.

Which has an entire archive dedicated to the Democratic front-runner.

"What difference at this point does it make?" Clinton said.

And is also behind attack ads — like this one featuring a montage of news coverage and interview clips highlighting past Clinton controversies.

But back to the Vine.

"Why don't you go to the end of the line?" Clinton said.

While that particular clip is — for the most part — only making the rounds in conservative circles, it also coincides with a new poll from CNN/ORC that found 50 percent of those polled have an unfavorable view of the candidate.