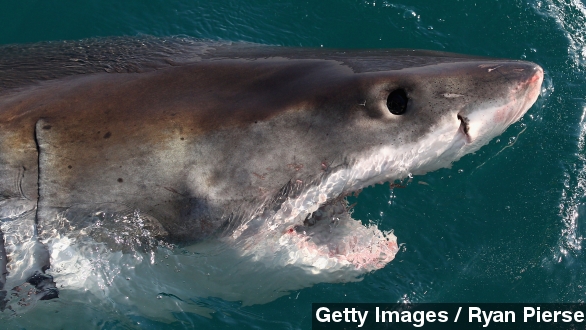 Of all the animals in need of protection, sharks, the ocean's most iconic apex predator, probably seems pretty far down on the list.

But the recent repeal of a shark cull in Australia, coupled with new regulations on the trading of shark parts, has shed light on just how much danger the fish is in. (Video via ABC Australia)

Those new regulations come from the Convention on International Trade in Endangered Species of Wilde Fauna and Flora, or CITES, and specify five shark species as subject to regulations.

Those new regulations stipulate that fishermen looking to bring in sharks to sell their body parts will need permits to do so, and comes with a pledge from the European Union to fund conservation efforts in developing countries.

That's because a large part of sharks that are killed by humans are hunted for their fins, which are used in shark fin soup, a Chinese dish that has seen higher demand as the Chinese middle class expands. (Video via National Geographic)

But conservation efforts face an uphill battle, not just because of that growing demand, but also the fear that many people have of sharks.

As The Washington Post writes, "Sharks kill about five people a year, far fewer than deer, ants and dogs. But humans kill nearly one million tons of sharks every year..."

And yet when a deer kills someone it doesn't make international news:

ITV: "As the 50-year-old British ex-pat took a morning swim in Byron Bay, he was attacked by what's thought to be a great white shark. This is the three to four-meter-long shark believed to have killed him."

BBC: "The authorities are continuing to investigate this tragic death."

And when deer, ants and dogs kill people, they don't inspire culls to those species like the ones sharks off the coast of Western Australia have seen since February. (Video via ITN)

Some point to movies like 'Jaws' that highlight, and often exaggerate, sharks' hunting prowess, as one reason people might have a disproportionate fear of the animal. (Video via Universal Pictures / 'Jaws')

The new regulations apply to some 180 countries, across the world.