Another State Wants To Elect US Presidents By Popular Vote 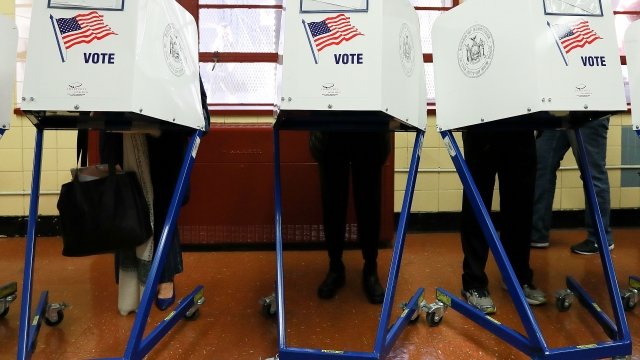 Eleven states and Washington, D.C., have signed a compact designed to ensure the winner of the national popular vote becomes president.

A nationwide effort to sidestep the Electoral College in presidential elections just got another state on board.

The governor of Connecticut signed a bill that opts his state into the National Popular Vote Interstate Compact.

The Electoral College is a part of the Constitution. And it's been more than two decades since we've made any amendments.

So, how would this work? States that are part of the compact would hand out their electoral votes based on who wins the national popular vote, regardless of how that state's residents actually voted.

So far, 11 states and Washington, D.C., have signed up. But the compact doesn't go into effect until the enacted states have at least 270 electoral votes, which is the magic number a candidate needs to win.

This effort started long before the 2016 election. And with the addition of Connecticut, the states in the compact represent 172 electoral votes.