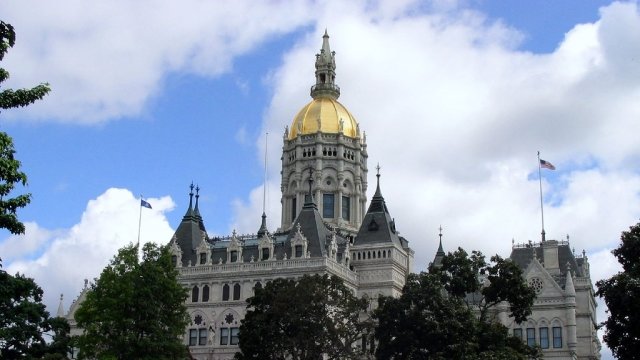 SMS
Connecticut Might Join States Trying To Subvert Electoral College
By Ethan Weston
By Ethan Weston
April 27, 2018
If the measure makes it to the governor's desk, Connecticut will be the 11th state to sign on to the interstate compact.
SHOW TRANSCRIPT

Lawmakers in Connecticut's House of Representatives passed a measure Thursday that would change the way the state's electoral college votes for president.

The bill, which passed largely along party lines, would give the state's electoral votes to whichever presidential candidate won the national popular vote — but there's a catch.

If the bill becomes law, it will only go into effect if enough other states sign onto the interstate compact.

Connecticut's bill still has to go to the state's senate for approval. If it passes there, it'll head to the governor's desk to be signed.