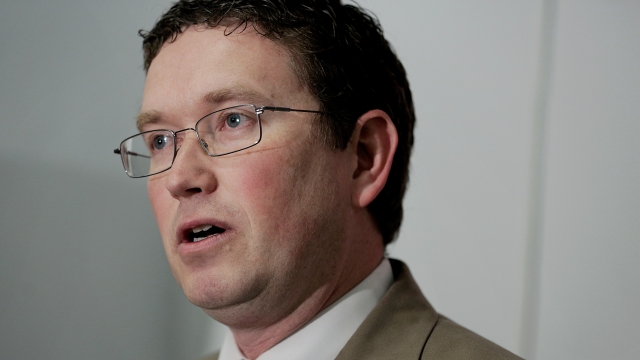 Following the shooting at a congressional Republican baseball practice, a GOP congressman has introduced legislation aimed at allowing members of Congress — and others — to carry a firearm in the District of Columbia.

Rep. Thomas Massie of Kentucky introduced the legislation on Thursday — the day after a gunman shot four people, including House Majority Whip Steve Scalise, on a Virginia baseball field.

The bill — called the D.C. Personal Protection Reciprocity Act — would allow people who have concealed carry permits from other states to carry firearms in the District of Columbia.

In a statement, Massie explained that although the members of Congress were practicing in Virginia — a state that offers concealed carry reciprocity — they were traveling to and from D.C. where it's not offered.

"I do not want to extend a special privilege to politicians because the right to keep and bear arms is not a privilege, it is a God-given right protected by our Constitution," Massie said.

The district does issue concealed carry licenses but applicants have to provide "good reason" — something that's currently being contested in court. 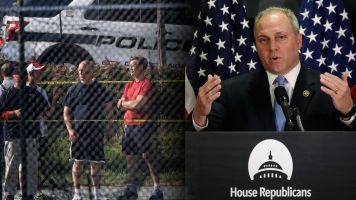 As a member of congressional leadership, Scalise has a security detail. But most members of Congress don't have any protection.

Those at the practice have credited Scalise's detail with saving their lives.

Massie said, "To ensure public safety, we need to repeal laws that keep good guys from carrying guns, since not everyone has a personal police detail."

The congresswoman who represents the district, Eleanor Holmes Norton, accused Massie of exploiting the shooting. She said the bill would "abuse congressional authority over D.C. to undermine our local jurisdiction's gun safety laws."

Massie cites Article I, Section 8, Clause 17 of the Constitution as giving Congress the authority to pass such a law.