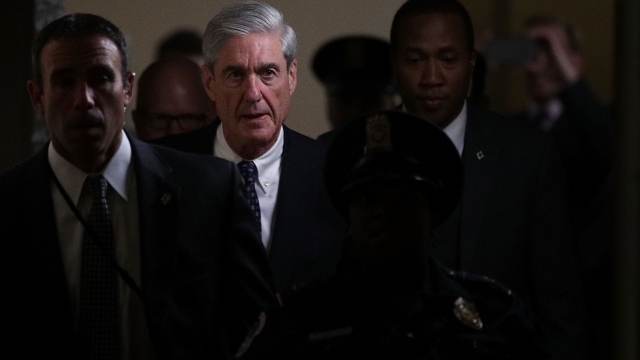 SMS
Congressional Leaders Push For Full Release Of Mueller Report
By LeeAnne Lowry
By LeeAnne Lowry
March 23, 2019
The Mueller investigation is over, and many officials have called for the full report to be released.
SHOW TRANSCRIPT

On Friday, Attorney General William Barr notified members of the House Judiciary Committee that the special council's two year Russia investigation has come to a close. Barr said he is reviewing the report and might be able to tell them about Mueller's "principal conclusions" as soon as this weekend. He said he is also going to see what other information, if any, can be released to Congress and made public.

Six committee chairs released a joint statement later that day. It said that since the Justice Department believes a sitting president can't be indicted, withholding information from the public raises questions whether the department is covering up misconduct.

The statement said, "The President is not above the law and the need for public faith in our democratic institutions and the rule of law must be the priority."

Rep. Jerry Nadler — the chair of the House Judiciary Committee — said if Barr doesn't release the full report, the committee will subpoena it.