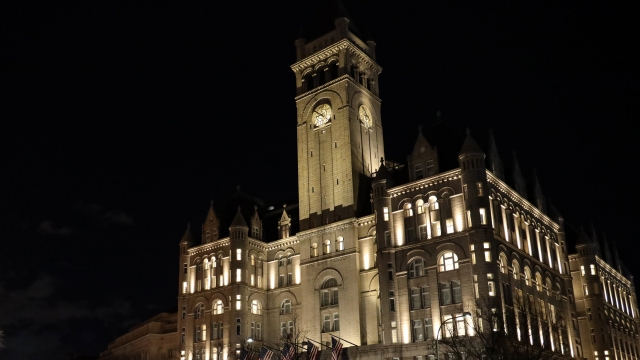 Congressional Democrats issued more than three dozen subpoenas on Monday to the Trump Organization and other Trump businesses. They're part of a lawsuit that alleges President Donald Trump violated the Constitution.

The lawsuit, which was filed by more than 200 Democratic lawmakers back in 2017, accuses the president of violating the Constitution's emoluments clause, which bans presidents from accepting gifts or perks from foreign or domestic states without permission from Congress. The subpoenas seek President Trump's companies' tax returns and other financial information about his business assets. They also request "information about foreign government payments accepted by six Trump properties," including Trump Tower; hotels in New York and Washington; and the Mar-a-Lago Club in Florida. The subpoenas come after a federal judge ruled last month that the lawsuit can move forward.

On Monday, the Justice Department asked an appeals court to overrule that decision and to dismiss the case or allow a mid-case appeal. The DOJ also wants to put the lawsuit and subpoenas on hold pending review. It argues the judge was wrong in his interpretation of the emoluments clause and said having President Trump respond to the 37 subpoenas by July 29 would cause him "irreparable injury."