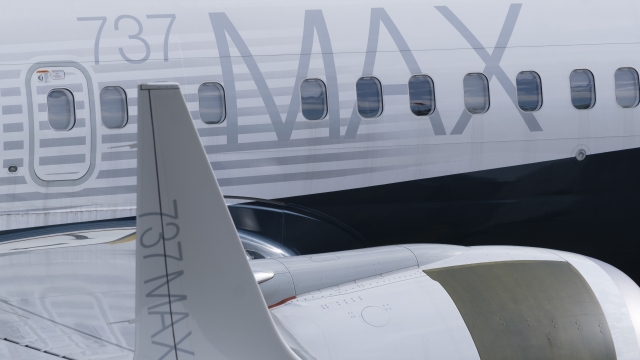 SMS
Senate Aviation Committee Holds First Hearing Since Deadly Crash
By Katie Cammarata
By Katie Cammarata
March 27, 2019
Boeing won't be at this hearing, but the committee says it plans to hold another one that will include the company.
SHOW TRANSCRIPT

A congressional committee will hold a hearing on airline safety Wednesday.

This comes after the deadly Ethiopian Airlines crash earlier this month. Higher-ups from the FAA, the Department of Transportation and the National Transportation Safety Board will testify before the Senate Subcommittee on Aviation and Space.

Reuters obtained a written testimony from the Department of Transportation's inspector general. In it, he says the FAA will "significantly change" its oversight of air safety. And the acting administrator of the FAA reportedly plans to say the agency's approach should "evolve" after the two deadly crashes involving Boeing 737 Max 8 aircraft.

The crashes prompted an indefinite global grounding of the Boeing 737 MAX model.

While Boeing won't be at Wednesday's hearing, the subcommittee said it plans to hold a second hearing on aviation safety that would include the company, other aviation manufacturers, airline pilots and other stakeholders.