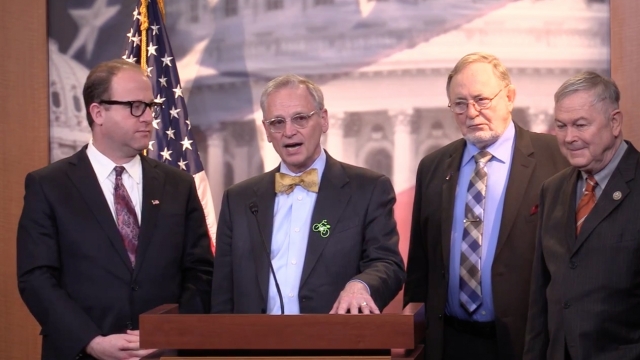 SMS
A 'Congressional Cannabis Caucus' Forms To Support Pot On Capitol Hill
By Grant Suneson
By Grant Suneson
February 17, 2017
Four congressmen from both sides of the aisle are teaming up in support of marijuana reform.
SHOW TRANSCRIPT

Not many issues are able to bridge the political divide these days. But apparently one of them is marijuana.

"Today, I am proud to announce the establishment of the Congressional Cannabis Caucus. … We are stepping forward together to say we've got to make major changes in our country's attitude towards cannabis," Rep. Dana Rohrabacher said.

The bipartisan group of four representatives says it hopes to drum up support for legislation that loosens marijuana laws and punishments. 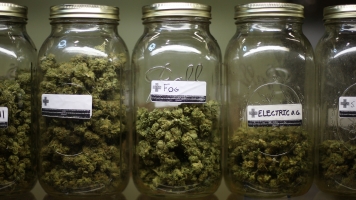 As support for cannabis has grown, states have been willing to relax marijuana laws or outright legalize it. Twenty-eight states have legalized medical marijuana, eight of which let you buy pot for recreational purposes.

Federal pot legislation has been largely unchanged for decades. Cannabis is still a schedule 1 controlled substance, the highest level of restriction there is. Voters don't seem to think it's that bad, though. Polls have shown most American adults support full legalization.

That may not matter, though. Attorney General Jeff Sessions is a staunch opponent of marijuana legalization, but the caucus said it's willing to fight him on the issue.

"We'll butt heads if we have to with the attorney general. We'll do our job because it's the right thing to do, and when you're right, you get it done," Rep. Don Young said.