Congress Wants To Take A Step Back From Saudi Arabia 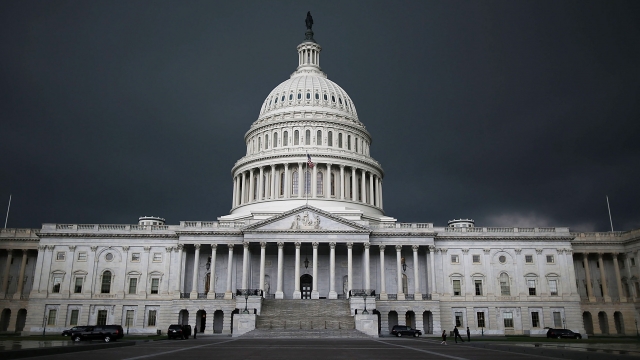 The U.S. and Saudi Arabia have a shaky alliance at best, and two action items on Capitol Hill prove Congress has basically had it with our frenemy right now.

The first item already passed Congress but will probably be vetoed by President Obama this week. It allows American citizens to sue any foreign country that finances terrorism on U.S. soil and could be used to target Saudi Arabia for its alleged involvement in 9/11. Opponents, including the White House, are worried any lawsuits will damage our relationship with a key ally in the Middle East.

But the Senate has basically promised to override that veto, allowing the lawsuits anyway. Sen. Chuck Schumer, a Democrat, said the bill is "going to pass. One way or another. The President will veto and we'll override it by a large margin."

The second is a resolution that would block a sale of weapons worth more than a billion dollars to Saudi Arabia. It's led by the unlikely pair of Sens. Chris Murphy and Rand Paul. They're concerned about the civilian casualties in Saudi Arabia's war in Yemen and that selling the country a bunch of weapons could make matters even worse.

These are just two examples of how strained our relationship is with Saudi Arabia and how that's not likely to change anytime soon. Both the resolution and the override are expected to take place either this week or next.