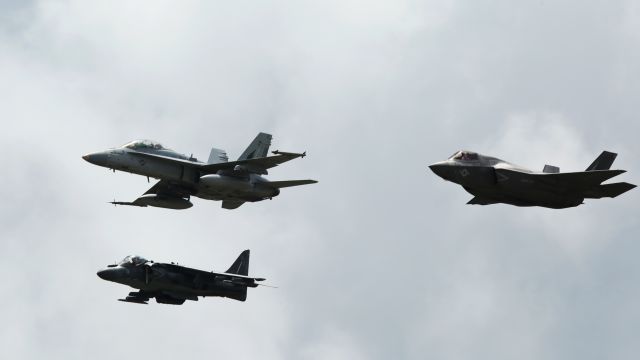 SMS
If Trump Wants More Military Money, He Needs An Anti-ISIS Plan
By Matt Picht
By Matt Picht
May 1, 2017
The most recent spending bill from Congress locks away almost $2.5 billion in military funding until President Trump presents a plan to defeat ISIS.
SHOW TRANSCRIPT

President Trump asked for an extra $30 billion in defense spending in this year's budget. Congress gave him about half that — and Trump might not even get all of it.

The latest government funding bill includes an additional $15 billion for defense. But almost $2.5 billion of that is locked away at first.

In order to get the funding increase he wants, Trump will have to present Congress with some kind of plan for defeating ISIS. That's something Trump's been reluctant to do in the past. 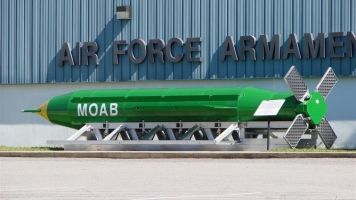 Before the election, Trump told NBC's Matt Lauer, "I don't want to broadcast to the enemy exactly what my plan is."

On the campaign trail, Trump said it would be tactically unsound to reveal his anti-ISIS plan before executing it. The $2.5 billion incentive might change his calculus a little.

Trump signed an executive order in January asking the military to draft a new strategy for defeating ISIS. Defense Secretary Jim Mattis said last month the plan is still "being fleshed out."