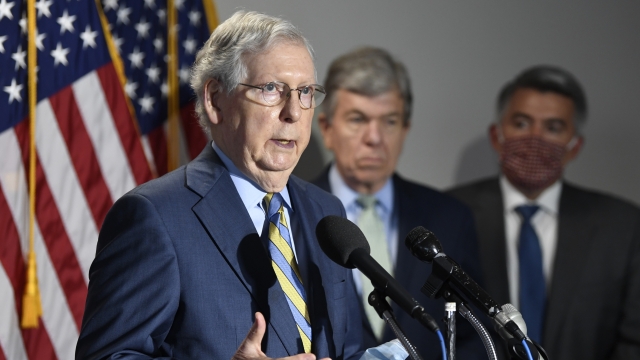 Republicans in Congress are still considering what police reforms they might support after congressional Democrats unveiled the Justice in Policing Act on Monday, which would tie reforms to federal funding.

Though 165 members of Congress sponsor the bill, none of them are Republicans.

According to Politico, Sens. Mitt Romney of Utah and Tim Scott of South Carolina have begun working together on their own piece of legislation, hoping to find a route to passing some police reforms that can be agreed on by both parties. Senate Majority Leader Mitch McConnell told reporters Sen. Scott will lead a group of senators to craft a reform bill.

Common ground could include a ban on chokeholds, classifying lynching as a federal crime, increasing police training and creating a national registry of misconduct by individual police officers.

Republicans in both the House and Senate spent much of Tuesday afternoon discussing the ideas.

Arkansas Sen. Tom Cotton, who came under fire for a controversial New York Times op-ed last week titled “Send in the Troops,” was reported to have told his colleagues they need to work to make policing more equal.

So far, President Trump has yet to weigh in with a reform proposal of his own, but he has been critical of Sen. Romney's decision to join Black Lives Matter protests this weekend and has said he does not support any defunding of police.