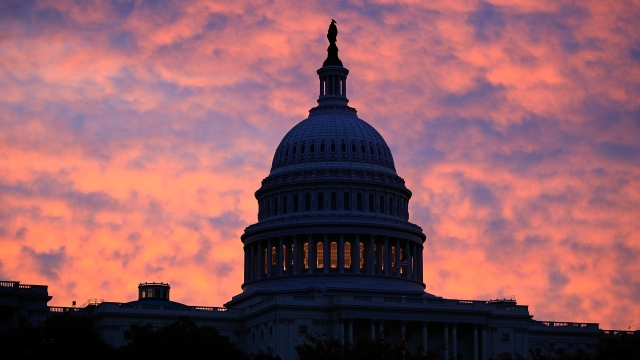 SMS
Congress Responds To Turkish Offensive In Syria
By Alec Larson
By Alec Larson
October 9, 2019
Turkey launched an offensive in northern Syria on Wednesday, not long after the U.S. said it would withdraw its support for Syrian Kurds.
SHOW TRANSCRIPT

As Turkey moved forward with an offensive in northern Syria on Wednesday, lawmakers on Capitol Hill expressed their displeasure with both Turkey and with President Donald Trump's decision to withdraw the U.S.' support for Syrian Kurds.

In response to Turkey's offensive, Sen. Lindsey Graham introduced a bipartisan measure outlining "severe sanctions" on Turkish leaders and foreign nationals who provide support to the country's military. Those sanctions would take effect unless the Trump administration "certifies to Congress — every 90 days" that Turkey is not operating "unilaterally" in Syria.

In a series of tweets on Wednesday, Graham wrote: "While the Administration refuses to act against Turkey, I expect strong bipartisan support. ... Most Members of Congress believe it would be wrong to abandon the Kurds who have been strong allies against ISIS."

According to CNN, President Trump agreed that sanctions may be necessary, but only if Turkey does not act in "as humane a way as possible."

Meanwhile, in Congress' lower chamber, more than 50 House Democrats issued an open letter to President Trump decrying his decision to withdraw U.S. troops from northern Syria ahead of Wednesday's attack. The letter says the decision endangers U.S. allies and potentially threatens counterterrorism efforts in the region.

Lawmakers also wrote that President Trump's "jeopardizes decades of trust in American solidarity and will only serve to undermine current and future alliances."