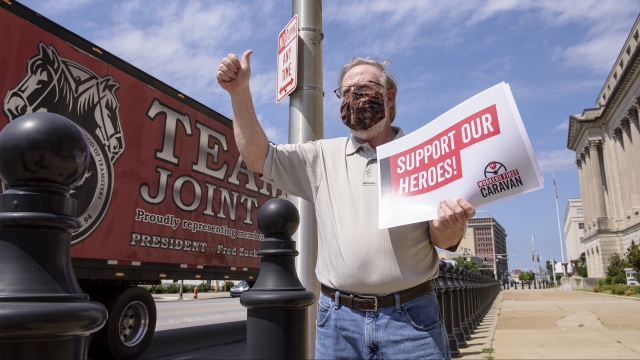 SMS
Congress Ready To Roll Out New COVID-19 Relief Plan
By Newsy Staff
By Newsy Staff
December 7, 2020
Republicans say the $908 billion plan has President Trump's support, but the deal is less than half of what Democrats had proposed.
SHOW TRANSCRIPT

A new bipartisan COVID relief bill could be on the way as part of a larger year-end spending bill. Republicans say a $908 billion package has President Trump's support.

It's less than half of what Democrats proposed, but they say it will work for the time being.

Sen. Joe Manchin: "This is an emergency relief package only till April 1 — the first quarter to get through the first quarter. Every indication says more money is needed. We see that. This gets us through, basically, the lifelines that people need and the small businesses that can survive and not go under."

Sen. Manchin says the current version can help in the short term until President-elect Biden can put together another proposal

So, here's what we know about the current deal: it would not include direct $1,200 payments to Americans like the package passed in the spring.

But it is expected to include an extra $300 per week in federal unemployment payments. It would also extend a freeze on evictions for people who can't make rent now. And it would re-up the paycheck protection program to help small businesses.