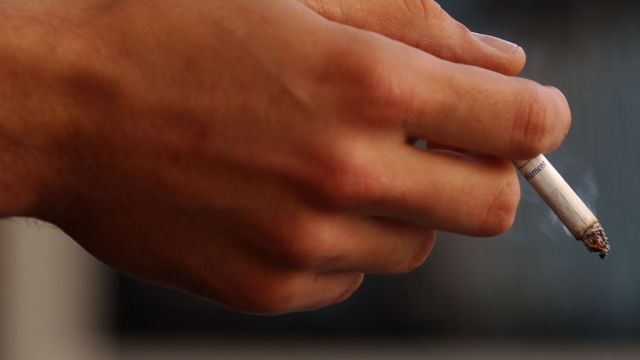 As part of a sweeping spending bill, President Donald Trump has signed into law a measure that will prohibit the sale of tobacco products to anyone under the age of 21.

The new age restriction will extend not only to traditional tobacco products, such as cigarettes and cigars, but also to vape products and e-cigarettes. The president of the American Lung Association called the measure "an important step in the right direction."

Lawmakers from both parties have previously expressed their support for the measure, including Republican Sen. Mitt Romney and Democratic Sen. Tim Kaine. Senate Majority Leader Mitch McConnell, a Republican, has also shown support in the past.

Although the new age restrictions will become the federal baseline, several states have already pushed ahead with similar legislation. Nineteen states — including Hawaii, California, New Jersey, Oregon, Maine and Massachusetts — had already raised the buying age to 21 before the passage of the federal law.

The new age requirement is expected to go into effect in about nine months. The FDA has 180 days to update its regulations, after which it will require another 90 days before they can go into effect.