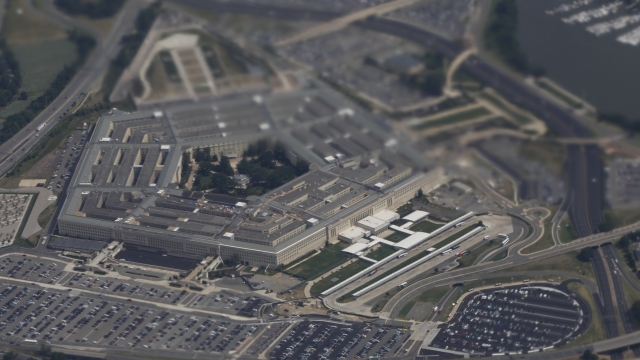 Democrats are calling for an investigation into the Pentagon's COVID-19 spending just days after Rep. Adam Smith said there wouldn't be one.

in a change of plans, House Democrats are pushing forward with a probe into the Pentagon’s COVID-19 spendinG. This comes just days after House Armed Services Committee chairman Adam Smith told Newsy there would be no investigation.

“The Pentagon didn't do anything illegal. They were given a billion dollars. And, in fact, in the language they are specifically authorized to spend some of that money on what is called defense industrial base,” Smith told Newsy.

Four House chairmen — James Clyburn of the Select Subcommittee on the Coronavirus Crisis, Maxine Waters of the Financial Services Committee, Carolyn Maloney of the Oversight and Reform Committee, and Stephen Lynch of the National Security Committee — sent a letter to Defense Secretary Mark Esper.

Rep. Smith is not included in the nine-page letter.

These members requested documentation for each contract awarded under cares act funding that was provided to the Pentagon.

Waters explained using CARES Act funds to support the defense industrial base, including on jet engine parts, is “not the original intent of the funds.”

She said, “Congress is providing the increase of funding to carry out the defense production act with the understanding that these funds are to be used to help expand our domestic productive capacity for critically needed medical supplies or equipment, to purchase such supplies or equipment where necessary and to address other needs that directly relate to meeting the emergency medical needs arising directly from the COVID–19 pandemic.”

This comes after a Washington Post report questioning the Pentagon’s use of CARES Act spending for non-COVID related products.

But Pentagon spokeswoman Jonathan Hoffman told Newsy the Department of Defense maintains that it has been transparent on this effort and added “since April, contracts or disbursements have been announced publicly... and the appropriate congressional committees have been given notice before any announcement has been made.”

Rep. Smith echoed that after two members of the defense spending reduction caucus sent him a letter stating it is unacceptable if the Defense Department used $1 billion dollars allocated for COVID response to make body armor or dress uniforms.

In May, the Defense Department released their CARES Act spending plan detailing where $10.5 billion in emergency funding from the CARES Act was allocated, including the $1 billion in question.

“The argument here...is that because of COVID, because of the downturn in the economy, a lot of suppliers are struggling, and could potentially go under. And when you're talking about making complex weapons systems, we could lose our ability to make what we need to make if these people go under. So the money was given to them to help prop up those defense industrial base pieces,” Smith said.

In a statement, Maloney told Newsy, “...if the Pentagon actions were legal or illegal, the American people deserve to know."  She also said they want to ensure that tax dollars are being used as intended…and they intend to get those answers by October 16th.