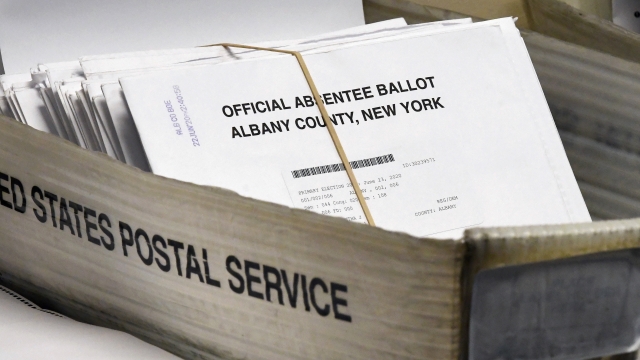 On Saturday, the House of Representatives will convene for a rare weekend vote, after swirling outrage over changes at the post office, just months before election day.

“Congress created this problem in the beginning and Congress can fix it,” said Samatha Hartwig, the President of the National Association of Letter Carriers Branch 9 in Minneapolis.

In June, Louis DeJoy, a Republican mega donor and fundraiser, was appointed as the new Postmaster General, and he’s since aimed to make the company become profitable—cutting overtime and late deliveries— as the postal service tumbles further into debt.

But DeJoy’s arrival brought renewed attention to previously planned postal service changes— like relocating mailboxes away from low-traffic areas, and deactivating massive mail sorting machines to make room for package sorting from e-commerce sites like Amazon — decisions all now coming under increased scrutiny ahead of election day and concerning scores of Americans who rely on fast delivery times to vote by mail.

“I was a little nervous about it,” Laura Devlin of West Palm Beach, who opted to cast her ballot in Florida's statewide primary via a secure dropbox. Voting by mail, she explained, is “a vital institution and I don’t want anyone to take that away from me.”

The House Oversight Committee announced over the weekend it had scheduled a hearing featuring Postmaster General DeJoy, and the House plans to vote on a bill to protect mail-in voting on Saturday, August 22nd.

The bill would keep the postal service from making any changes to operations that were in place at the beginning of the year and furnish $25 billion in additional funding for the cash-strapped public service.

Any bill, however, is likely to go nowhere in the Republican-held Senate.

Still, the public firestorm forced the Postal Service and the White House to announce Sunday that no further mail boxes and sorting machines will be removed ahead of the 2020 election.