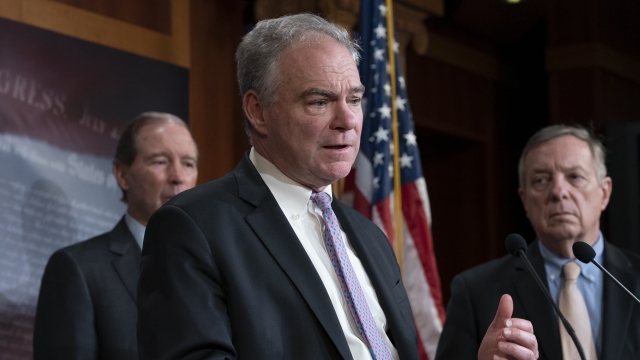 The House of Representatives passed a War Powers resolution Wednesday that bars the president from taking military action against Iran without congressional approval.

Lawmakers passed the resolution with a vote of 227-186. Democratic Sen. Tim Kaine introduced the resolution, which passed in the Senate last month, after President Donald Trump ordered an airstrike that killed a top Iranian general. The resolution has gained bipartisan support despite the president's opposition.

The resolution says the president can't use U.S. armed forces against Iran or "any part of its government or military" unless authorized by a declaration of war or Congress' specific permission. It makes an exception for if the president needs to defend the U.S. from "imminent attack."

Kaine tweeted: "If President Trump is serious about his promise to stop endless wars, he will sign this resolution into law."

President Trump is expected to veto it, and it's unclear if Congress will have enough votes to override a veto.