Veto Denied: Congress Overrides Obama For The First Time Ever 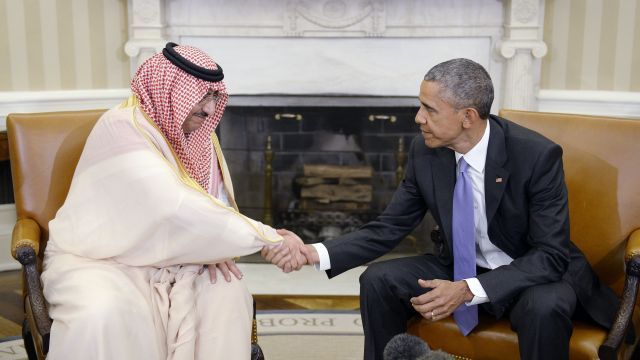 President Obama just watched one of his vetoes get shot down for the first time. And now, things are going to be a bit more awkward between the U.S. and Saudi Arabia.

Obama's veto of the 9/11 bill was overridden 97-1 in the Senate. Minority Leader Harry Reid was the lone dissenting vote.

SEE MORE: Saudi Arabia Threatens To Sell $750B In US Assets If 9/11 Bill Passes

Votes were more split in the House: 348-77. But that's still way more than the two-thirds majority needed to overrule the president's veto.

The new law allows individuals to sue any foreign country for its role in a terrorist attack. That means families of 9/11 victims can sue Saudi Arabia over its alleged ties to the attack.

Legislators say the families deserve a day in court. But the White House argues this law will strain an already-uncomfortable relationship with a key U.S. ally. It could also put U.S. government personnel at risk of similar lawsuits.