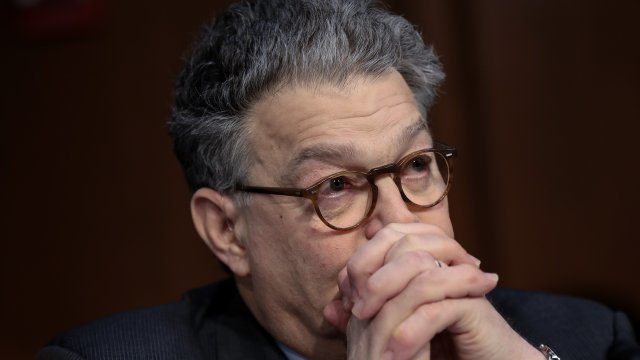 Democratic Sen. Al Franken is calling for an investigation of himself after a woman accused him of sexual misconduct.

Television and radio host Leeann Tweeden made an online post, saying Franken "kissed and groped" her without consent on a 2006 USO tour.

The senator released an apology Thursday, saying: "I understand why we need to listen to and believe women's experiences. ... I am asking that an ethics investigation be undertaken, and I will gladly cooperate."

Those sentiments were widely shared by top Democrats.

Senate Minority Leader Chuck Schumer said, "I hope and expect that the Ethics Committee will fully investigate this troubling incident."

Fellow Minnesota lawmaker Amy Klobuchar said, "I strongly condemn this behavior and the Senate Ethics Committee must open and conduct a thorough investigation."

Meanwhile, some, like Sen. Kirsten Gillibrand, criticized the sincerity of a previous apology by Franken, where he said his actions were "intended to be funny" but he "shouldn't have done it."

Democratic super PAC leader Guy Cecil tweeted, "That was not an apology and was an insufficient response to serious allegations."

If an ethics investigation does take place, Franken could be censured or even removed from the Senate.