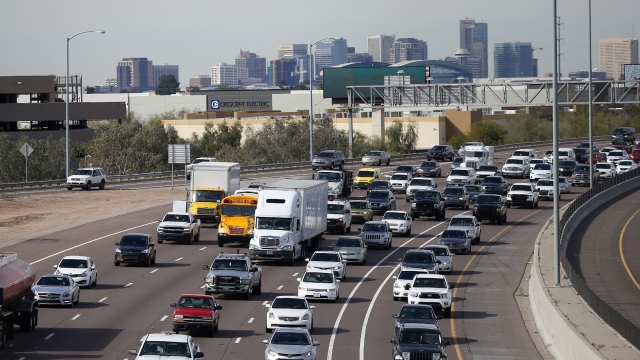 Congress has created a new requirement for automakers: Find a high-tech way to keep drunken people from driving cars.

It’s one of the mandates along with a burst of new spending aimed at improving auto safety amid escalating road fatalities in the $1 trillion infrastructure package that President Joe Biden is expected to sign soon. 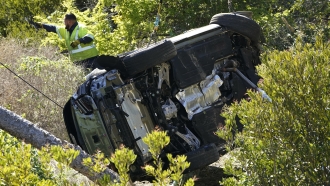 Under the legislation, monitoring systems to stop intoxicated drivers would roll out in all new vehicles as early as 2026, after the Transportation Department assesses the best form of technology to install in millions of vehicles and automakers are given time to comply.

In all, about $17 billion is allotted to road safety programs, the biggest increase in such funding in decades, according to the Eno Center for Transportation. Transportation Secretary Pete Buttigieg says that could mean more protected bike paths and greener spaces built into busy roadways.

Each year, around 10,000 people are killed due to alcohol-related crashes in the U.S., making up nearly 30% of all traffic fatalities, according to the National Highway Traffic Safety Administration.

Currently, some convicted drunken drivers must use breathalyzer devices attached to an ignition interlock, blowing into a tube and disabling the vehicle if their blood alcohol level is too high. The legislation doesn’t specify the technology, only that it must “passively monitor the performance of a driver of a motor vehicle to accurately identify whether that driver may be impaired.”

Sam Abuelsamid, principal mobility analyst for Guidehouse Insights, said the most likely system to prevent drunken driving is infrared cameras that monitor driver behavior. That technology is already being installed by automakers such as General Motors, BMW and Nissan to track driver attentiveness while using partially automated driver-assist systems.

The cameras make sure a driver is watching the road, and they look for signs of drowsiness, loss of consciousness or impairment.

If signs are spotted, the cars will warn the driver, and if the behavior persists, the car would turn on its hazard lights, slow down and pull to the side of the road.

The Transportation Department said Tuesday it will release a “safe system approach” to road safety in January that identifies safety action for drivers, roads, vehicles, speeds and post-crash medical care, stressing a need to move deliberately to ensure “sustained” improvements.