Congress Hasn't Made Much Progress Ahead Of Shutdown Deadline 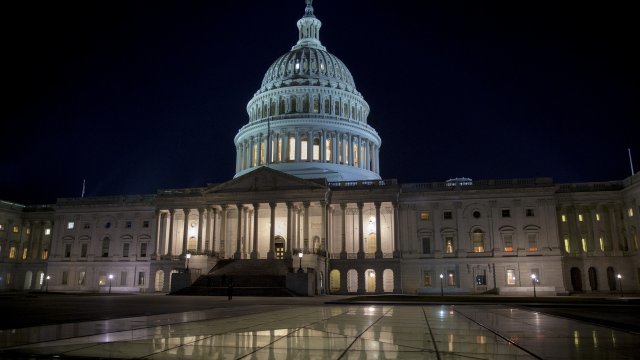 SMS
Congress Hasn't Made Much Progress Ahead Of Shutdown Deadline
By Austin Kim
By Austin Kim
February 5, 2018
Congress is back in the same spot they were in a few weeks ago: scrambling to keep the government open.
SHOW TRANSCRIPT

Congress is staring at another possible government shutdown this week after last month's three-day shutdown.

The last short-term budget was supposed to give lawmakers more time to work out a long-term deal. Instead, Republicans went on an annual party retreat, and both sides failed to address the Deferred Action for Childhood Arrival program.

So that leaves the GOP in pretty much in the same spot it was in January: no signs of a permanent funding deal and no agreement with Democrats on certain immigration protections.

Republicans will try to push a short-term deal through with GOP votes only — but that might not be easy. Some in the party are frustrated and want Republican leaders to also raise the budget caps for military spending.