Congress Is Its Own Obstacle In Russia Probe 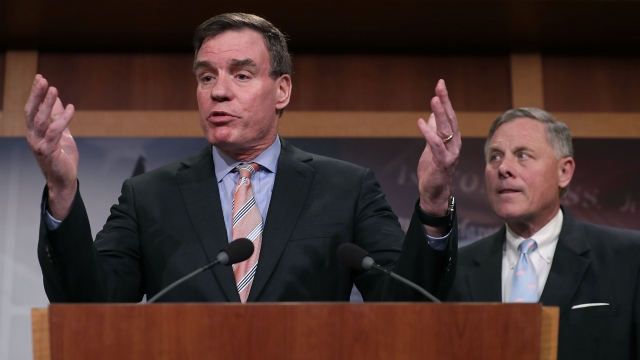 The Senate faces investigative inexperience and a lack of full-time staff while the House deals with ethics questions and partisanship.

The Senate probe into Russia's involvement in the 2016 election and allegations of collusion with the Trump campaign hasn't made much progress.

Recent reporting from The Daily Beast and Yahoo News paint the Senate Intelligence Committee's investigation as dysfunctional, to say the least.

After more than three months, there's not a single full-time staffer dedicated to the investigation. The Daily Beast reports seven part-time staffers, none with legal or investigative experience, are working on the probe.

The panel has asked key players in the Trump campaign to preserve some of their documents for review — but it hasn't actually subpoenaed those documents or requested interviews with those players.

According to Yahoo, that's partly because the panel's top Republican, Sen. Richard Burr, hasn't signed letters requesting that those documents be turned over. The outlet says his Democratic co-chair, Sen. Mark Warner, is hesitant to pressure Burr to get things moving because he wants to preserve a bipartisan image — something that's frustrated several Democrats.

What it has done is review documents and interview intelligence analysts who contributed to the assessment on Russia's involvement in the election.

The committee's counterpart in the House hasn't been running so smoothly, either.

Republican chair Devin Nunes caught himself up in a scandal after he tried to defend the president's wiretapping claims with information obtained covertly from the White House.

Nunes, along with Attorney General Jeff Sessions, have now both recused themselves from the investigation. Nunes is also under an ethics investigation for the incident.

Rod Rosenstein wouldn't commit to getting a special prosecutor for the investigation of Russia's potential involvement in the 2016 election.

Nunes was replaced by Rep. Mike Conaway, a Texas Republican who has gone to great lengths to defend the president.

Despite that, the House intelligence committee is getting back on track. Along with rescheduling a public hearing with former Deputy Attorney General Sally Yates, the panel has scheduled a closed hearing with FBI Director James Comey and NSA Director Adm. Mike Rogers on May 2.

The first public hearing the committee held with the two intelligence chiefs featured Comey confirming the FBI's investigation into Russia's possible interference as well as potential ties to the Trump campaign.