Gun Research In The US Is Lacking. That's No Accident. 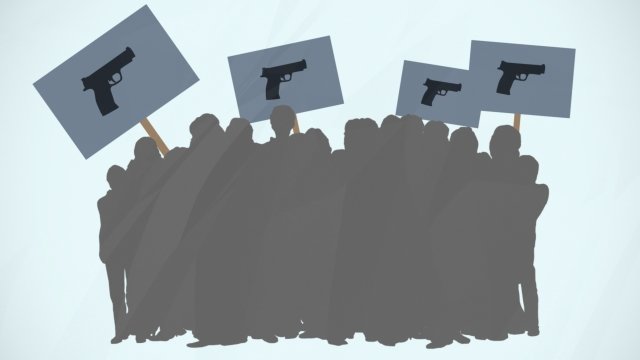 Depending on whom you ask, America's mass shooting issue could be a mental health problem or a guns issue.

But neither side really has the facts to back up their argument. That's because Congress effectively banned the federal government from doing gun-violence research.

In the '90s, the Centers for Disease Control and Prevention funded studies into gun violence and how it was affecting Americans. That might sound a little strange because of the whole "disease control" thing, but the CDC's purview is much wider than disease — it even studies drownings, car crashes and accidental falls.

Gun rights advocates, led by the National Rifle Association, claimed those CDC-funded studies were politically motivated and would lead to gun restrictions. And they were probably right; a director at the CDC at the time said: "We need to revolutionize the way we look at guns, like what we did with cigarettes. It used to be that smoking was a glamour symbol. … Now it is dirty, deadly and banned."

Gun advocates began to lobby Congress to stop the agency from continuing to study guns. So then-Rep. Jay Dickey of Arkansas added an amendment to a spending bill called the Dickey Amendment. It didn't outright ban the CDC from studying gun violence, but it did say that no CDC funds could "be used to advocate or promote gun control."

Oh, and Congress also lowered the CDC's budget by the exact amount of money it used to study gun violence. That message was heard loud and clear.

And the effect has lasted all these years. According to Everytown for Gun Safety, a gun control group, funding for gun violence research fell by 96 percent from '96 to 2012. Similar restrictions have been put on research by the National Institutes of Health. 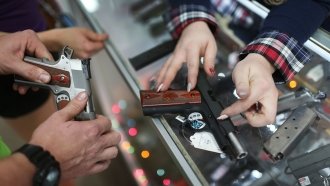 Gun rights advocates say there's no need for gun research; they say that'd it be a waste of taxpayers' money. One NRA official told CNN: "What works to reduce gun violence is to make sure that criminals are prosecuted and those who have been found to be a danger to themselves or others don't have access to firearms. Not to carry out more studies."

There's been a push to change all of this, even on the Republican side. Virginia Rep. Bob Goodlatte has said Congress should take a look at the policy. And Trump's new Health and Human Services Secretary Alex Azar has even backed the CDC beginning research again.

"We're in the science business and the evidence-generating business, and so I will have our agency certainly working in this field, as they do across the broad spectrum of disease control and prevention," Azar told an energy and commerce subcommittee in February.