Congress Is Going On Vacation – Without Funding The Fight Against Zika 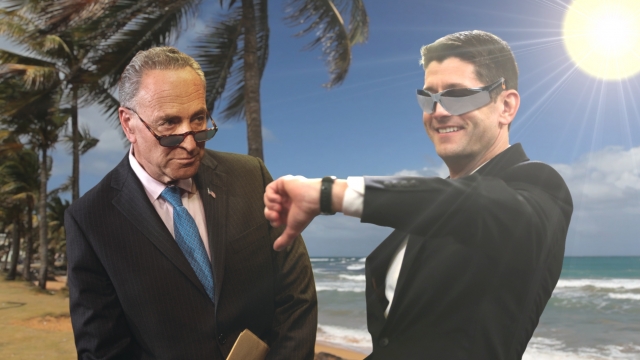 SMS
Congress Is Going On Vacation – Without Funding The Fight Against Zika
By Zach Toombs
By Zach Toombs
June 28, 2016
Senate Democrats won't pass a House Republican bill that funds Zika defense in exchange for cuts to Obamacare.
SHOW TRANSCRIPT

Congress is going on vacation — without funding the fight against Zika.

Mosquitoes carry the Zika virus, which is linked to birth defects in children.

Puerto Rico has already seen 1,800 infections. And health officials say the rest of the U.S. will be hit by Zika this summer.

President Obama asked for $1.9 billion to fight the virus. House Republicans gave him $1.1 billion — but only in exchange for cuts to Obamacare and Planned Parenthood.

So Senate Democrats won't sign the bill. And both sides are pointing fingers.