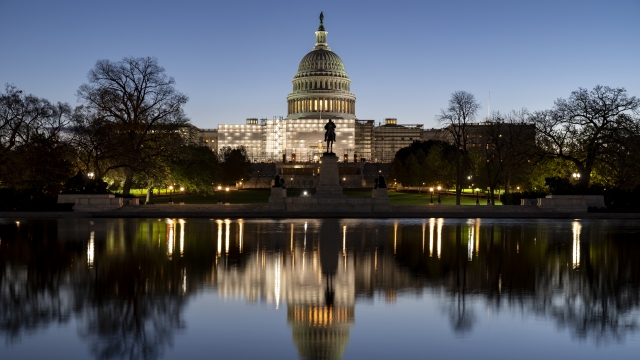 Beyond spending bills, Democrats could also try to push through party priorities while they still have control of both chambers.

Congress will return after the Thanksgiving break with some very important items on the to-do list.

On top of the agenda – funding the government. The current short-term spending bill runs out on Dec. 16, and lawmakers either need to pass another stop-gap bill or approve the full 2023 fiscal year budget.

"I have a high degree of confidence that we're going to get an omnibus budget. The two lead appropriators in the Senate Senators Leahy and Shelby, are both retiring at year end. And we want to do this anyway, but particularly to honor them for their long service," said Sen. Tim Kaine.

Congress also needs to finalize the National Defense Authorization Act, which funds the Department of Defense and the country's nuclear weapons program. The House passed its version of the annual NDAA in July. The Senate Armed Services Committee has spent months working on its own version, but it hasn't been approved yet.

"The Senate hasn't passed our bill on the floor. But that's not stopping us. We're negotiating a compromise version between the House and Senate bills, and it will likely then get passed by the House and come to the Senate for action before December 16," said Kaine.

A push to finish the report comes as Trump's Twitter is restored. Old tweets re-populated, including those that became important to the investigation.

Beyond spending bills, Democrats could also try to push through party priorities while they still have control of both chambers.

House Republicans have talked about using the country's debt limit as leverage to cut spending on some of President Joe Biden's priorities. So Democratic leaders could try to raise the nation's borrowing cap this year.

"I'd like to get a debt ceiling done in this work period. The best way to get it done, the way it's been done the last two or three times, is bipartisan. I intend shortly to sit down with the Republican leader and try to work that out," Schumer said.

"We have sufficient Republican votes and Senator McConnell saying he supports the bill. So I think again, timing is important. If we waited until there was a Republican House next year, then we might lose the opportunity to get the bill through the House," said Kaine.

And the Senate still needs to give final approval to the Respect for Marriage Act, which would provide federal protection for same-sex and interracial marriage.

"No Americans should ever, ever be discriminated against because of who they love. And passing this bill would secure much-needed safeguards into federal law," said Schumer.

It's an ambitious list, but Democrats will likely try to get as much accomplished as they can while they still have control of the House and the Senate.