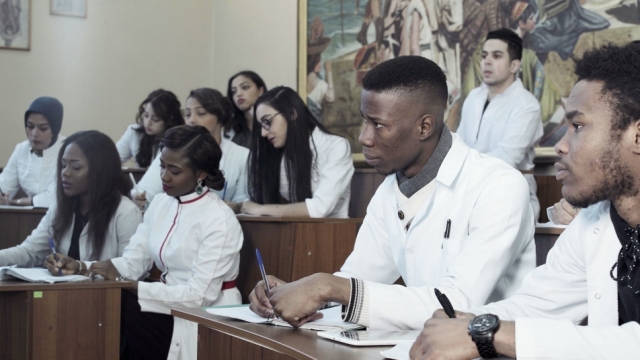 The Future Act was finalized by Congress on Tuesday, restoring $255 million to historically black colleges and universities and other minority-serving institutions annually.

The final version of the bill was passed in a House vote 319-46 and the Senate approved it hours later.

Last week lawmakers agreed on amendments to the bill after months of arguments over how HBCUs would be funded as well as reauthorization of the Higher Education Act. Federal funding expired in September and some schools were preparing for budget cuts. However, once the Future Act is signed into law, minority institutions can soon rely on guaranteed, permanent funding.

The funding comes from the bill simplifying the Free Application for Federal Student Aid, or FAFSA, by requiring fewer questions on the form and by simplifying steps for submitting tax information. Those changes will free up $2.8 billion over ten years to go to these institutions.

Here's how all of that money is broken down: $85 million will go to HBCUs, $100 million to Hispanic serving schools, $30 million to tribal schools and $40 million to other institutions serving minority populations.

Lodriguez Murray with the United Negro College Fund calls the Future Act a "once-in-a-generation occurrence." He says the act delivers funds that can sustain efforts by these institutions to improve STEM learning outcomes in order to bring greater diversity to science and technology fields. He also said this will allow schools to financially plan ahead.

"And that's the strength of making this permanent. There's obviously a national need for these colleges, universities and HBCUs who have responded in this way. But making it permanent now makes sure that we won't have to run into any barriers in planning to make sure our students are receiving everything they need."

In the past, President Donald Trump has said "the fierce dedication to strengthening HBCUs" is a "core part" of his administration's efforts. He is expected to sign The Future Act into law.