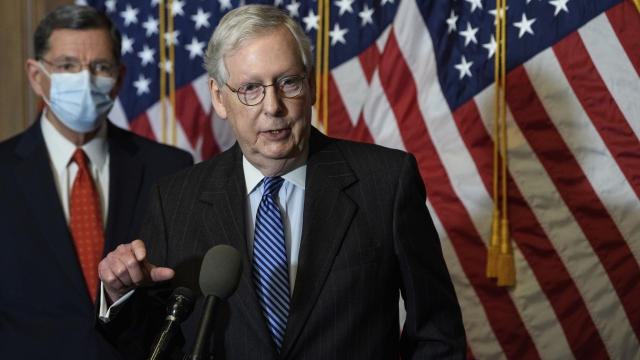 The deal includes a $600 check for most Americans, reviving an eviction moratorium and additional unemployment money.

After months of back and forth, lawmakers have finally come to an agreement on a new COVID relief deal. The price tag – $900 billion.

Party leaders on both sides of the aisle say they're satisfied with the package for the time being.

"We can finally report what our nation has needed to hear for a very long time," Senate Majority Leader Mitch McConnell said. "More help is on the way."

Here's a look at what's in the package. It will include another round of direct payments to most Americans. This time, it's a $600 check. And it will temporarily bring back additional unemployment money at $300 per week.

The deal is also set to revive the Paycheck Protection Program with $284 billion and include money for vaccine distribution.

And, promising news for millions of Americans struggling with housing – the deal includes $25 billion in rental assistance and will extend the eviction moratorium that was supposed to expire at the end of the year.