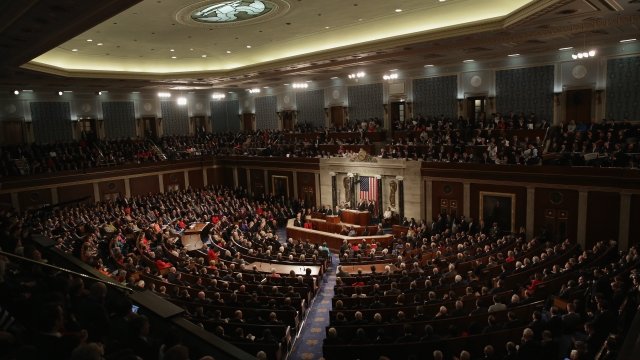 If nothing happens, the government will shut down Friday at midnight.

Congress will have to do something in order to stop a government shutdown Friday at midnight.

The White House reportedly wants a continuing resolution to extend current government funding until mid-January. But lawmakers are trying to tie a number of other bills to that stopgap measure, complicating the attempt to reconcile the bill between both chambers in only a couple days.

An earlier plan included funding the Pentagon, but that idea was shot down by Senate Democrats, who want spending for domestic programs to match that for defense. Dems also want funds to fight the opioid crisis and protections for so-called "Dreamers."

Separately, Senate Majority Leader Mitch McConnell said his objectives were to add a veterans health program, waive automatic spending cuts to programs like Medicaid and add an extension to the Children's Health Insurance Program to the spending bill.

McConnell is no longer bound to another earmark intended to stabilize Obamacare markets; Sen. Susan Collins, who made Obamacare funding a stipulation for her vote on the tax overhaul bill, said she would take up that fight in the new year to allow the spending bill to proceed.

Congress is also trying to drum up votes for a historic $81 billion disaster aid package and reauthorization of a controversial NSA foreign surveillance program.