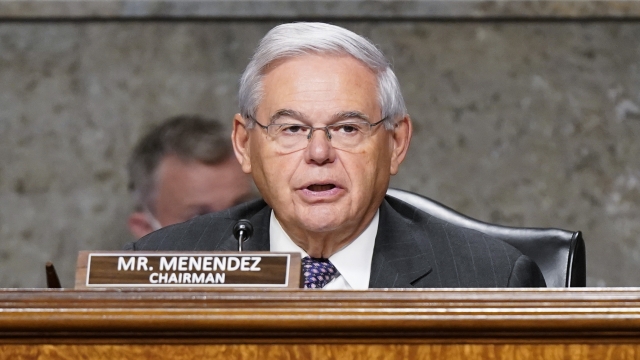 SMS
Congress Still Weighing Sanctions Against Russia Over Ukraine Conflict
By Newsy Staff
By Newsy Staff
February 3, 2022
Lawmakers say they're close to completing a bill that would introduce massive sanctions on Russian banks and the country's national debt.

It's been four days since the chairman of the Senate Foreign Relations Committee, Sen. Bob Menendez, said a bipartisan Russian sanctions bill was on the "one yard line." As of Thursday, it appears to be no closer to the end zone. 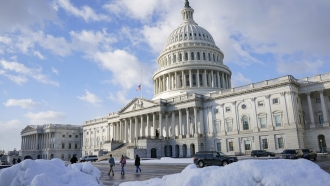 Lawmakers who have been participating in these discussions say the bill is 95% complete but there are still some provisions they can't agree on.

While they haven't established a deadline to complete the bill, senators acknowledge they need to move quickly and come to agreement on the size and scope of the sanctions.

Sen. Tim Kaine is a member of the Foreign Relations Committee. He said the biggest issue is the timing of the sanctions — whether they go into effect before Russia potentially invades, or after.

"The issue is we want to demonstrate significant resolve, but you also don't necessarily want to unnecessarily provoke," Kaine said.

There aren't many details on what the potential sanctions will look like, but senators have described them as massive sanctions on Russian banks and the country's national debt, saying the impact would be devastating.

All of the negotiators say they're hoping for significant bipartisan support in the House and Senate.