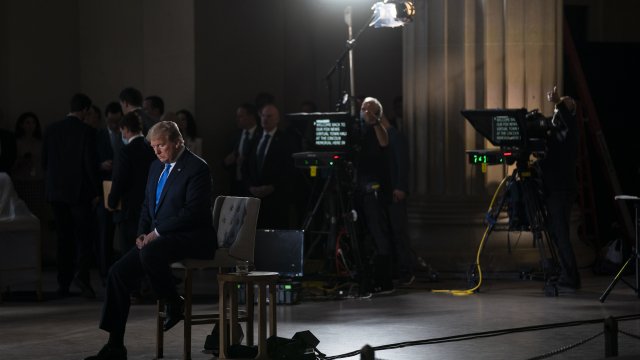 President Trump already vetoed one bill this week. Now lawmakers could vote to over-ride the veto of an annual defense policy bill.

Now lawmakers could vote to over-ride the veto of an annual defense policy bill.

President Trump had threatened to veto the bill if lawmakers didn't include limits on social media companies and take out language that allows for the renaming of military bases honoring confederate leaders.