Congress Is Gridlocked On Negotiations To Avoid A Government Shutdown 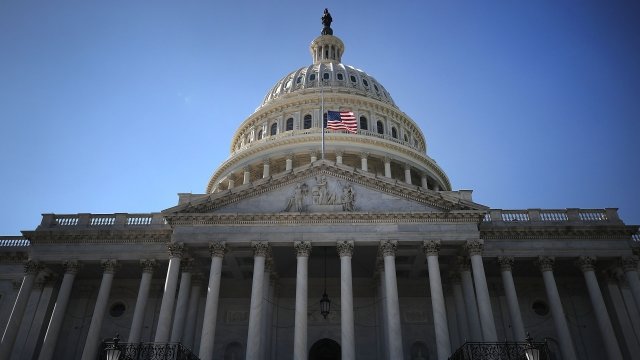 SMS
Congress Is Gridlocked On Negotiations To Avoid A Government Shutdown
By Lindsey Pulse
By Lindsey Pulse
January 16, 2018
Days ahead of a potential government shutdown, lawmakers still can't agree on key issues to pass a spending bill.
SHOW TRANSCRIPT

The government is days away from a potential shutdown, and Congress is effectively gridlocked on negotiations over a spending bill.

Funding is set to run out on Jan. 19 at midnight if lawmakers don't come to an agreement. And it looks like Congress is headed for yet another short-term fix.

The main issue on the table — Deferred Action for Childhood Arrivals, or DACA.

A bipartisan group of senators said last week they had an immigration deal to protect the hundreds of thousands of young immigrants brought to the states as children, but President Donald Trump rejected it. 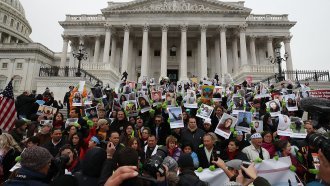 Negotiations are also reportedly snagging on spending caps, the children's health program called CHIP, and disaster aid. Those obstacles likely mean Congress will go for another stopgap spending bill rather than a long-term budget accord.

But even a short-term deal could be hard to pass, and everyone seems to be playing the blame game. Both Democrats and Republicans have said it's the other party's fault if the government does end up shutting down.