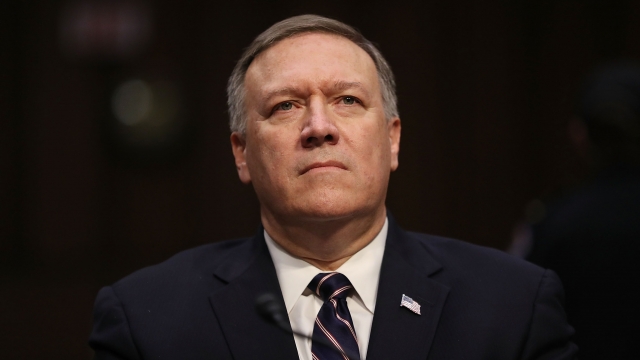 Nearly 100 members of Congress are asking the State Department to reverse a policy that denies citizenship to some children of Americans who are born abroad through assisted reproductive technology.

The policy has come under scrutiny, especially due to its impact on same-sex couples. The State Department policy says children born abroad have to have "a biological connection to a U.S. citizen parent" in order to receive citizenship at birth.

The policy also considers these children to have been born "out of wedlock," even if their parents are legally married U.S. citizens. In a letter signed by dozens of House members, lawmakers said they find this "deeply offensive."

In a separate letter to Secretary of State Mike Pompeo, senators said, "Every new American parent should focus on celebrating the birth of a child, not be consumed with fear that all members of their family may not be welcomed back home to the United States."

Two same-sex couples have already sued the State Department over the policy.