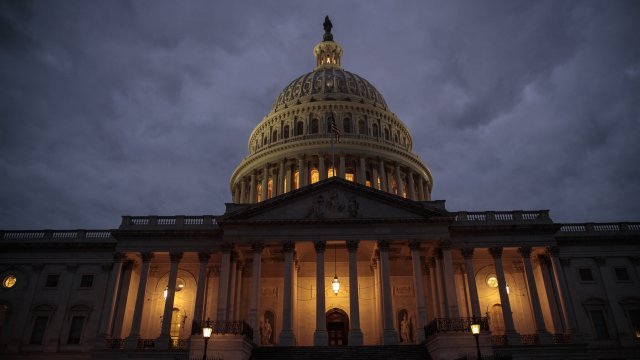 By Briana Koeneman
December 6, 2018
Lawmakers gave the legislation the green light Thursday and sent it to President Donald Trump's desk for his signature.
SHOW TRANSCRIPT

Congress has approved a short-term spending bill to keep the government up and running for another two weeks.

Lawmakers gave the legislation the green light on Thursday and sent it to President Donald Trump's desk for his signature.

If and when Trump signs the bill, it will extend funding for several government agencies — including the State Department and Department of Homeland Security — through Dec. 21. But the threat of a government shutdown is still very real.

Democrats and Republicans are still at odds over Trump's demand for $5 billion to build a wall along the U.S.-Mexico border, and they need to come to an agreement on that issue before they can negotiate a deal.