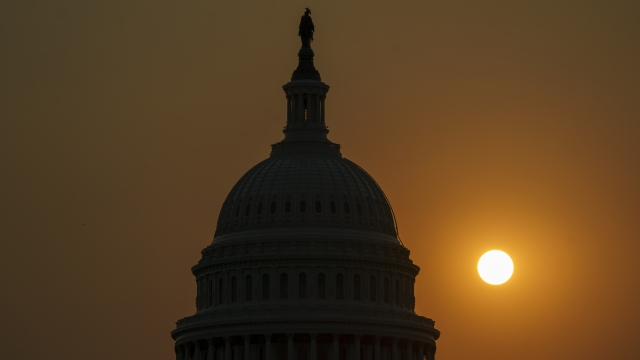 Senators are back to work after their August recess. And there’s no shortage of work to do. Starting with President Joe Biden's massive $3.5 trillion plan to "Build Back Better."

Democrats can't lose a single vote if they want to pass it. And they only have until the end of the month to do so. But West Virginia's Democratic Sen. Joe Manchin says there's no way they'll meet that deadline. He's vital to the bill's passage. He told ABC on Sunday that to get his support there will need to be some big cuts.

President Biden argues the bill needs to pass now to fund recovery from hurricanes, wildfires and tornadoes stretching from the West to the East Coast. And Sen. Bernie Sanders of Vermont told CNN he won't even consider Manchin's proposal of $1.5 trillion instead.

"No, it is absolutely not acceptable to me. I don't think it's acceptable for the president," said Sanders. "I believe we're going to all sit down and work together and come up with a $3.5 trillion reconciliation bill, which deals with the enormously unmet needs of working families."