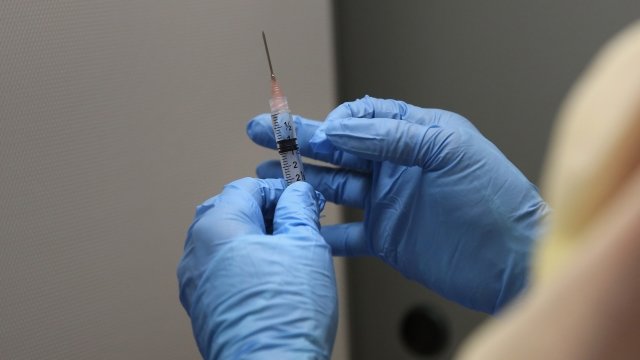 SMS
Congo To Treat People With Experimental Ebola Vaccine Early This Week
By Katie Cammarata
By Katie Cammarata
May 20, 2018
Congo's health ministry says 26 people have died and that 46 cases of hemorrhagic fever have been reported in the region.
SHOW TRANSCRIPT

Congo will start treating people in the country with an experimental Ebola vaccine early this week.

The Democratic Republic of Congo is dealing with its ninth Ebola outbreak since the virus was discovered there in 1976.

Congo's health ministry said Saturday that 26 people have died and that 46 cases of hemorrhagic fever have been reported in the region. Twenty-one of those cases have been confirmed as Ebola. 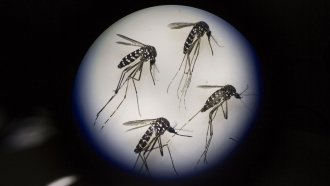 CDC Says Mosquito, Tick And Flea Diseases Tripled Since 2004; But Why?

To help control the outbreak, the World Health Organization shipped 4,000 doses of an experimental but reportedly highly effective Ebola vaccine. WHO says a major challenge will be keeping the vaccine stored at a certain temperature long-term.

On Wednesday, the country's health ministry confirmed its first urban case of Ebola in the large city of Mbandaka.