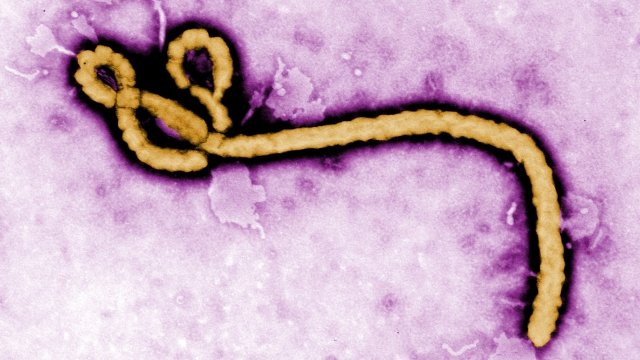 SMS
Congo Faces Another Ebola Outbreak After 18 Die, 2 Cases Confirmed
By Jake Jones
By Jake Jones
May 11, 2018
The World Health Organization says it's deploying an experimental vaccine that is 100 percent effective in field tests so far.
SHOW TRANSCRIPT

International health agencies are acting fast to contain a confirmed Ebola outbreak in the Democratic Republic of the Congo. Two cases have been confirmed. Another 32 cases of patients with Ebola-like symptoms have been reported, including three health workers. Eighteen people died as of Friday, including a nurse.

Officials at the World Health Organization say this outbreak could be hard to counter. The cases are in a remote area of the country with "absolutely dire" infrastructure.

WHO says it's also deploying an experimental Ebola vaccine. That drug must be stored at subzero temperatures.

This is the ninth Ebola outbreak in the Democratic Republic of the Congo since the virus was isolated there in 1976.