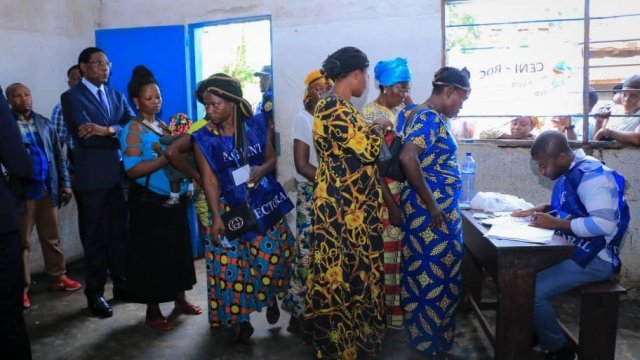 SMS
Congo Delays Releasing Election Results, Fueling Fears Of Manipulation
By Nnamdi Egwuonwu
By Nnamdi Egwuonwu
January 6, 2019
The results were supposed to be announced Sunday, but an election official says less than half the votes have been collected.
SHOW TRANSCRIPT

The release of presidential election results in the Democratic Republic of Congo has been delayed, leading to concerns about violence or vote manipulation.

The results were due Sunday, but the head of Congo's election commission says the country’s large size made that impossible.

But opposition politicians doubt that and fear the delay means results will be manipulated to favor the preferred successor of President Joseph Kabila.

The Catholic Church of Congo sent 40,000 observers to monitor the elections and claims to know the rightful winner. The church says it's withholding the winner's name per election regulations, but that uprisings could occur if the results are not legitimate.

Since it became independent, Congo has never had a peaceful transition of power, fueling fears that the current transition could turn violent. President Donald Trump has deployed troops to neighboring Gabon to protect Americans and U.S. facilities in case that happens.

Despite the lack of official results, all three of the country’s major presidential candidates have declared victory.