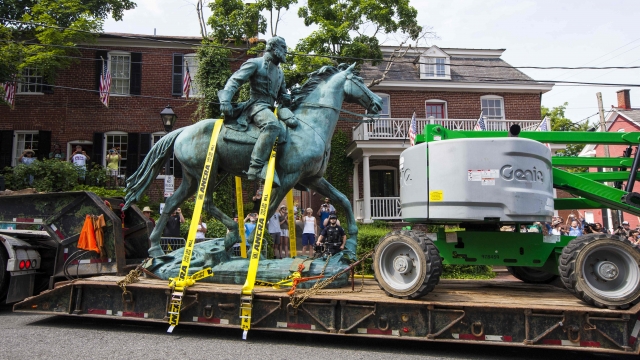 Hundreds of people gathered in Charlottesville, Virginia to celebrate as two confederate states were taken down.

The statues were at the center of deadly clashes back in 2017 during a protest led by White supremacists.

Shortly after, a plan was announced to get rid of the monuments.

"To fight a war, win the war, and then to erect a memorial to those who led the enemy troops. That makes no sense whatsoever, except we be reminded of the ignorance of racism itself," Pastor Marvin Morgan said. 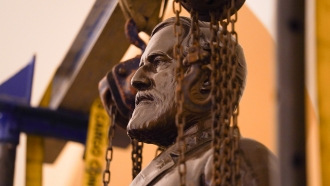 A statue of Robert E. Lee still stands in Virginia's capital of Richmond.

That one is in the middle of a legal challenge but Gov. Ralph Northam says it should be removed as soon as that's resolved.