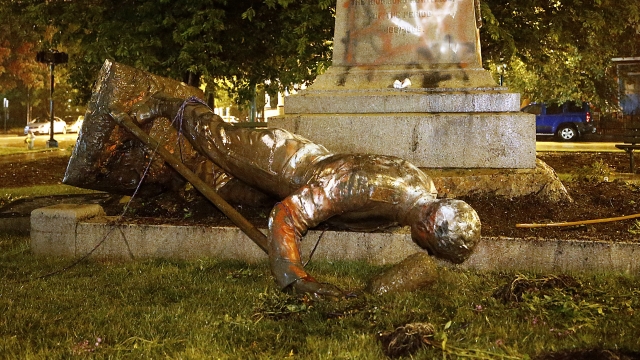 SMS
Another Confederate Statue Is Torn Down By Protesters In Virginia
By Meg Hilling
By Meg Hilling
June 17, 2020
The statue is the fourth monument to be torn down in Virginia's capital in recent weeks.
SHOW TRANSCRIPT

It's the fourth monument torn down in the Virginia capital in recent weeks amid ongoing demonstrations against racial injustice and police brutality.

The statue, known as the Howitzers Monument, represents a Virginia Confederate artilleryman and was erected in 1892.

News outlets report that protesters used a rope to pull the statue to the ground.

Rallies continue across the country for the removal of other similar statues.